If I were an Ancient Greek I'd be Sansspectacles: A Photo Essay

So on Wednesday night I was pulling a sweatshirt over my head when I heard a giant snap. This happened: 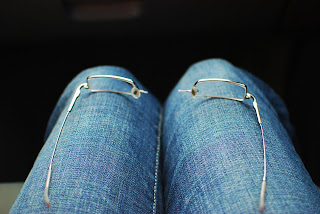 My 2-year-old glasses snapped in half. I've never had that come even close to happening but here it was.  We tried to tape them: 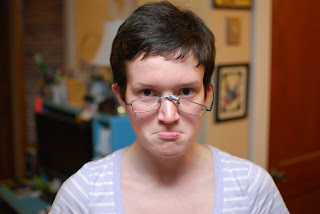 My amazingly awesome husband tried to super-glue them: 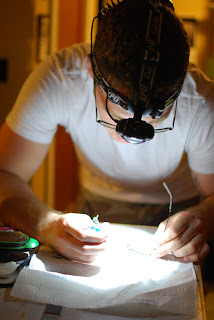 But they were irreparably damaged. And it was 8 p.m. And we live 40 miles from the nearest optician.

I of course couldn't give up my internet, so I sat about 6 inches away from my computer all night.  This is me having an awesome Twitter chat sesh with Ivelisse and Jess:

Needless to say I had a little bit of a breakdown since I obviously couldn't drive myself anywhere and I had no backup glasses (smart, I know).

Rob, lovely little husband that he is, took the day off and drove me the next morning to the big city of Lewiston to get my new glasses.  Problem was, I had to spend the entire morning without glasses.

I thought you might like to see the first part of the day through my myopic, glasses-free eyes: 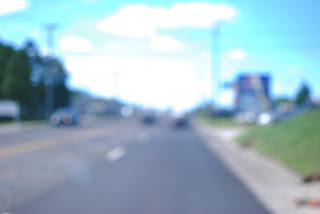 Once at the optician's, which was located in a somewhat deserted mall, I picked out a designer brand (Coach, ooh-la-la) because I'm cool like that. I also picked out some prescription sunglasses, which I've never had before.  But of course we had to wait a little bit before I was granted the gift my full eyesight again, so we frolicked around the mall for a bit.

Because we're awesome music nerds, we ended up in the music store, where apparently you can create and sell your own CDs:

Then we went to the bookstore, where we found a book called The Dog Selector (some sort of new anti-canine supervillian?), and I proceeded to take pictures of every dog that looked remotely like Cypress: 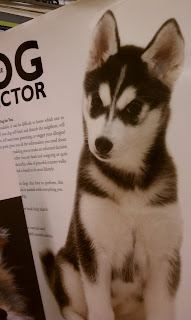 After an hour of waiting or so we returned and finally, my transition from Caitlin to some sort of bizarre Caitlin-Liz Lemon hybrid was complete:


Once I finally re-joined the world of the seeing my husband and I got some lunch at this yummy, eco-friendly and gluten-free-friendly restaurant while we waited for the optician to finish with my prescription sunglasses. I had a veggie fiesta bowl with black beans, rice, veggies and cheese, and Rob had a chicken burrito. I also got a delish smoothie made with bananas, berries and Maine honey. Which is pretty much the same as regular honey, except with more lobster. 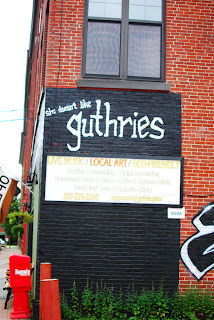 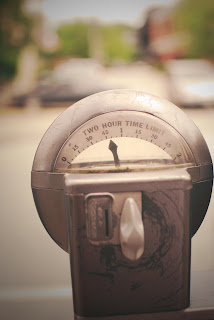 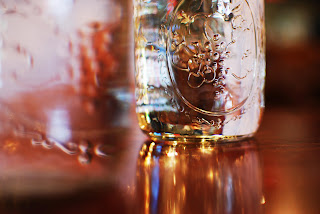 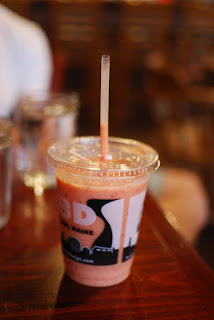 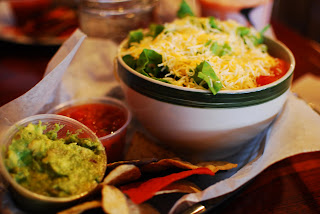 We were pretty shocked (and pleased!) that this place existed because the city we were in is known by all Mainers as a bit of a sketchy place.  Most of the other local restaurants fall into the Ruby Tuesday/Denny's/Applebee's category.

Side note: I told Robbie that one of the upsides of eating gluten-free is that we actually have to scout out restaurants rather than just eating at Denny's.  Though most times I'm pretty sure he'd rather eat at Denny's.

Anyway we picked up the sunglasses and drove home having completed our mission.  I'm still getting used to the new glasses because apparently my stupid eyes are more comfortable without any glasses at all.

P.S. Doesn't this mall sign look like something you'd see in a 1980s teen movie? There were even LIGHTS on the "Mall" part of it: