I don't currently have a sponsorship program on my blog, but if you'd like to discuss possibilities please feel free to email me at tomakelovestay{at}gmail{dot}com! Thank you!
Posted by Caitlin at 6:20 AM No comments:

Email ThisBlogThis!Share to TwitterShare to FacebookShare to Pinterest
Labels: SPONSOR

Rob and I met in high school. We're from a really small area, and had tons of connections that we had never realized.  For example, his stepmother was my sister's kindergarten teacher, and his father, a physician, at one point worked with my mother, a nurse.

Rob was in a band and was madly in love with a girl. Nobody knew who she was because he was very tight-lipped about it. He would write her these beautiful songs and sang them with his band (at this point people always think it was me--it wasn't.  We hadn't formally met yet). One day I went to go see the band play.  I met the band and long story short, I started dating the bassist. We were together for 2 months, but throughout that entire time Rob and I would talk for hours online, and would frequently talk about how we wanted to hang out without my bassist boyfriend around. He even confessed to me who "mystery girl" was after about 2 weeks of knowing each other. He was not an overly trusting person but knew that he could trust me.

One night in December we were talking online and he told me that though he could tell me everything, he had one secret he could not share. I kept asking what it was, and told him that I had a “secret” too. Eventually we played rock-paper-scissors over instant message (yes, this is was as goofy as it sounds). I lost and confessed my feelings, which he clearly reciprocated. I broke up with my boyfriend the next day, talked to Rob for literally hours, and he told me that he loved me. The first time we ever held hands we cried together and I could literally see his heart beating through his shirt (whoaa teenagers). 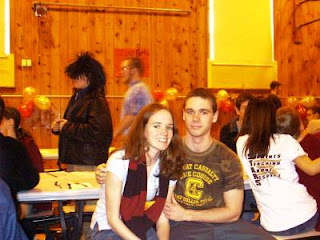 A few weeks later was our first Valentine's Day. As a surprise Rob sang me a song he had written for me in front of our entire high school cafeteria. If you know Rob you know that he is extremely shy, and this was huge for him.  Of course I collapsed into dramatic tears amongst the jealous sighs of my classmates, and all I could see or hear was him.  It was lovely.

We spent the next year and a half in young-love-bliss until he left for the Army, which I had known was his dream since childhood. I skipped school on April 13, 2004 and we had our last full, non-Army day together. On April 14, he went to Basic Training, and from then until July we only communicated through letters and two 3-minute phone calls. On the weekend of July 4, I traveled to Georgia to visit him for a 30 hour pass. 30 hours seemed like forever after being apart so long, but was gone in an instant. After Basic and Airborne School, he was then stationed in Anchorage, AK while I went to college in Wisconsin.

As we were too young to get married, we stayed together without tying the knot for the next four years. I was in college so we only saw each other every 2-3 months or so. I think the longest amount of consecutive time we spent together at a time was 2 weeks. This went on until 2006, when he left for Iraq. He was there during one of the bloodiest times in the war, and he was on the front lines (MOS 11B - Infantry for you military folk) which did him no favors. He was shot and was involved in several IED explosions, but miraculously survived. Rob was in quite a few dangerous situations but always made it out relatively unscathed, a fact that he owes to the existence of a tiny stuffed raccoon that I had given him early in the relationship. I had been given the raccoon when I was 4 and in the hospital with a tumor in my kidney. He carried her with him always and to this day swears that he'd be dead if he didn't have her (and, by proxy, me) with him always. He even got a tattoo of the raccoon, named Elizabeth.

I didn't see him for 8 months and we communicated infrequently by phone, at one point going 3 weeks without any communication whatsoever. His unit experienced numerous casualties, one of the occupational hazards of being an infantry unit, so he was not allowed a cell phone or personal internet use.  In January of 2007 I flew to Russia for a 4-month study abroad experience (read my Moscow blog here). Thankfully, Rob and I were able to talk about as much as we did previously and we were finally in the same time zone. I left Russia in May and he returned to Maine for two weeks in June. After that two weeks ended, we said the most horrific goodbye in our short history, and I didn't see him for another six months. I entered my senior year of college, trying to hold it together and get my degree. Though we often went weeks without talking, our love/communication/trust never wavered, and never did we even consider that we should not be together. 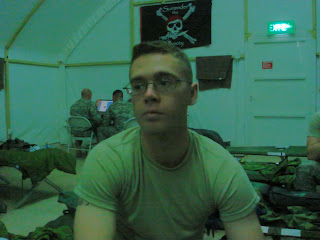 In May 2008 I graduated college and he got out of the army (hopefully) forever. We have lived together in happiness and love since. Rob began his postsecondary education, only a few years late, and is studying Environmental Science. He will graduate in May 2012.  On Valentine's Day 2009 he sang me a song in our living room (reminiscent of our first Valentine's Day) and proposed to me. Very clearly I said yes, and we had the wedding of our dreams on July 10, 2010.


I feel so extremely fortunate to have met and married my best friend. For Rob and I, staying together was never a question or a doubt. My relationship with my husband has always just come easily to me, the only thing I'm totally sure of in my life aside from my family. When I look back on what we've gone through and how it has strengthened us, I am filled with pride, love, and happiness.

I hope you have enjoyed reading our story as much as I enjoyed writing it!
Posted by Caitlin at 6:16 AM No comments:

Email ThisBlogThis!Share to TwitterShare to FacebookShare to Pinterest
Labels: ABOUTUS

Want to share a question, comment, concern, or anecdote? Feel free to email me at tomakelovestay [at] gmail [dot] com!

Check out some of these awesome blogs! Other Awesome Blogs:
all you need is love.
Cheese Straws & Unsweet Tea
Downeast's Dooryard
Gluten Hates Me
I love you to the moon.
ladaisi
Mowenackie
New Girl on Post
Niceties
Pamplemousse
Ramblings of a Small Town Girl
Scribble Smudge
The Veda House
What? Mermaids?
Posted by Caitlin at 7:21 AM No comments:

Email ThisBlogThis!Share to TwitterShare to FacebookShare to Pinterest
Labels: READS

Hello!  My name is Caitlin.  I live in western Maine with the love of my life, my soulmate and best friend.  I'm lucky enough to have all three of those things in one person, and his name is Rob. 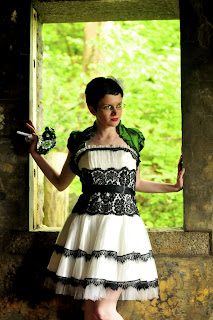 I work as a software training consultant, traveling all around the country teaching all of higher education how to use a campus management tool that my company works with.   I love getting to see all the different parts of our wonderful country and work with all the awesome people in my industry.

We are the owners of the most gorgeous dog in the world, Cypress.  She is some sort of husky mix and, cheesy as it sounds, has enriched our lives more than we ever could've imagined. She likes walks, runs, panting, chasing rocks into bodies of water, chewing raw bones, eating human food, and wrestling with her beast-friends. 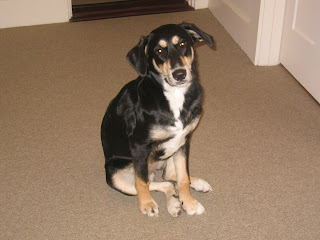 When I'm not traveling around for work I enjoy photography, tattoos, frolicking with Robbie and Cypress, snuggling, reading, writing, watching mindless television, listening to good music, not feeling anxious, lilacs, and blogging.
Welcome!
Posted by Caitlin at 7:12 AM No comments:

Email ThisBlogThis!Share to TwitterShare to FacebookShare to Pinterest
Labels: ABOUT ME
Newer Posts Home
Subscribe to: Posts (Atom)