Rob left on Thursday for yet another work-related camping trip grumble grumble. I won't lie that it made me a little sad to say goodbye, as it usually does. I trust my husband implicitly and without question, but I still wish I could be in the woods with him rather than alone with my dog.

When Rob was in the Army we both met some pretty jealous wives (one of whom threatened to get Rob in trouble with the FRG because I talked to her friend's husband for five minutes...but that's another story).  Though I may whimper and moan about him being gone I'd say I'm pretty damn cool about him going into the woods with the ladies he works with.

Anyway when he's gone I wallow around and mess around on the internets try hard to stay busy and active.  Yesterday was no exception.  First, after walking the beast, I took a break from work and went out to breakfast with my friend Rachel.  Her wedding was the first I ever photographed "professionally" (I use this term loosely) and I think she's just lovely. 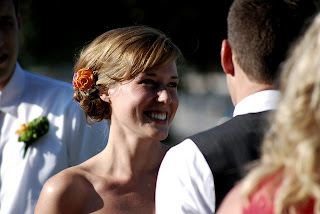 I also bought some organic lavender because I really wanted to make lavender lemonade.  Unfortunately I'm lazy and didn't want to deal with the whole boil-water-and-actually-make-lemonade thing, so I basically added about 1/4 cup of lavender into a Simply Lemonade bottle and left it there for around 4 hours. Surprisingly it came out pretty well,though it actually required even more work than the boiling since I had to strain it, put it into a giant drink dispenser, then get it back into the Simply Lemonade bottle. I'm also not sure anyone would want to drink lemonade this color if they didn't know it had lavender in it:

Additionally I found some organic strawberries so that I could try out a recipe from my good friend Ayla, involving organic local strawberries, sour cream, and brown sugar.  Sound weird? Whatever, it was delicious. Like, seriously delicious. You'd think that the sour cream would be all up in the strawberry's face, but it stays remarkably mellow, providing just the right amount of tart before your taste buds are sung to blissful sleep by the sweet maiden brown sugar: 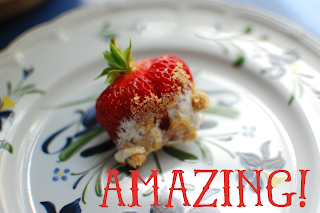 I think I could probably write for some sort of food magazine.  Recommendations now being accepted.

In other ridiculously exciting news, I finally broke down and bought some wedges the other day and holy jaysus how did I not catch on to this earlier? Wedges are amazing, especially with high-waisted shorts!


Finally, I wanted to share with you a random story that happened to me last week. I was sitting in my chair working, minding my own business and wearing purple striped pajama pants, crazy hair and an oversized blue sweatshirt that said "Stewart/Colbert 2008" when I decided to get up off my ass and just style my hair rather than, you know, take a shower (someone told me I always mention 30 Rock, this is the moment where Liz Lemon and I become one).

As I was preparing the bathtub, Cypress began barking madly downstairs. I ran down in the aforementioned outfit and without my new glasses.

And there stood my husband.  With two of his female college student coworkers.

And me, in all my frumpy, pajamalicious glory.

So that you fully appreciate the gravity of this situation, I hired an artist to render an approximation of how I looked in this particular moment:

My darling, sweet, thoughtful husband said brightly, "We needed tools for work! I told them you might be pissed." I think I mumbled an apology, talked about some restaurant we'd been to, and told my husband, with an edge to my voice, just how much I loved him.  I also think at one point my skin turned a lovely shade of crimson awesomeness.

Have I mentioned how awkward I am?

Truthfully I feel worse for the girls than for myself.  As the above photograph quite obviously demonstrates, working-from-home Caitlin can be a truly stunning and frightening site. And since I know at least one of them reads my blog with some regularity, I would like to grant them my deepest apologies.

How has your post-holiday week been?

Also, for your Question of the Blog (totally a thing): What are some of your blogging pet peeves, either about blogging in general or reading material on other blogs? Without getting snarky, mean, or personal of course.
Posted by Caitlin at 5:50 AM