First, thank you all for the sweet words about my blog's new appearance.  Rob told me that my last post should've been titled Look at Banner, Michael! so I really dropped the ball on that one.  My apologies.

Last week, as you know, was Robbie's birthday week.  Since his birthday week coincided with his no-more-Army day, I decided that he deserved a whole week of birthdayness rather than just a day or two.  We've now decided that we'll each have a birthday week when we fall on the wrong side of a decade (Rob turned 26 this year) or when we hit a decade.

On Monday, for example, we had a fun cafe night.  First, we made banana-berry-honey smoothies.  For himself, Rob made falafel balls and popped them into a pita with avocado, sprouts, and tomato.  I had a sammich with provolone, avocado, tomato, sprouts, and locally-made dijon mustard. Quite yummy indeed! We also saw Crazy Stupid Love which we really enjoyed.  Still gotta see Cowboys and Aliens though.

On Tuesday we made homemade Chipotle meals. We mixed rice with cilantro, cooked some chicken and peppers, and added cheese, pico de gallo, and guacamole.  This has become a favorite in our house the last couple weeks. 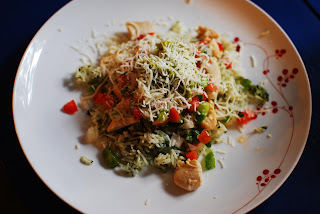 On Wednesday, we went out to eat with Rob's dad, brother, sister-in-law, and sister.  We went out to our favorite restaurant, which we patronize so often that they call us by name and treat us really well. I mentioned that it was Rob's birthday (not the actual day but you know) and they brough us ice cream and other fun desserts and sang to him, without me even asking!

Thursday, as you know, was the day that Rob officially got out of the Army.  When he was in Iraq, I sent him a canister filled with 365 slips of paper, each of which had a memory, inside joke, song, or quote that made me think of him.  We found it in his box of Iraq letters and realized that he didn't read through all of them; so on Thursday, we read through the remaining slips together! 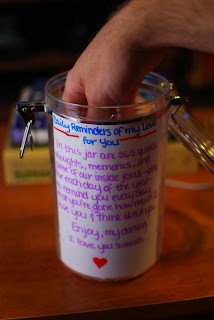 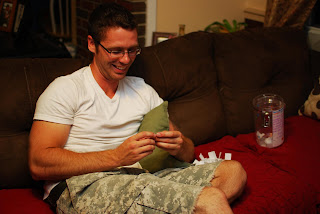 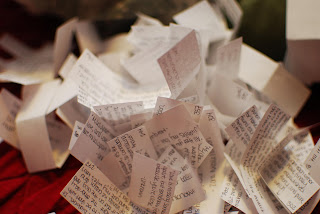 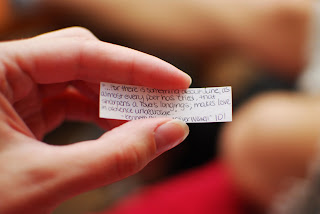 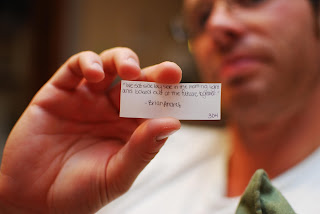 Finally, on Friday we invited Rob's coworkers, Amie, Sara and Sarah, over for a End of Summer Work/Birthday/Out of the Army party.  I bought snack food and booze (Rob specifically requested Grey Goose vodka), and also some flowers because I'm nice like that.  I took everyone out to eat at the aforementioned restaurant and we came back here for gift exchange.  The girls made really sweet cards for Robbie and tie-dyed shirts for each of them (and me too!). 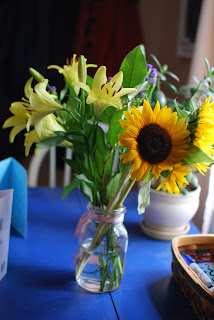 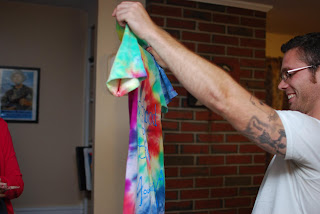 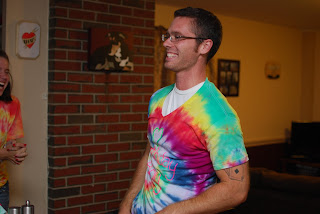 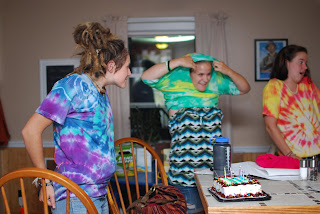 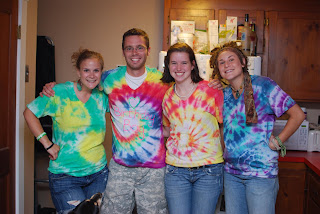 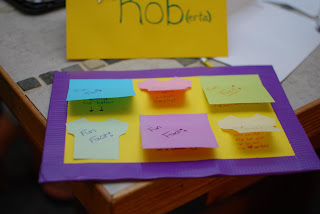 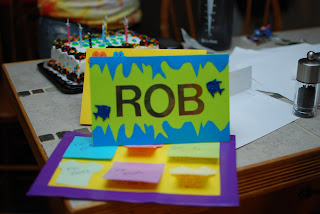 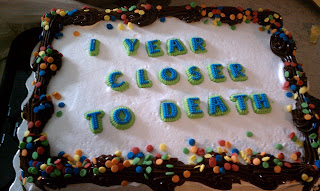 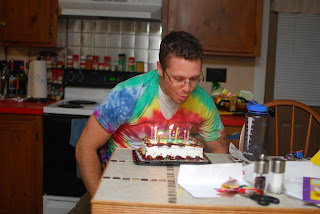 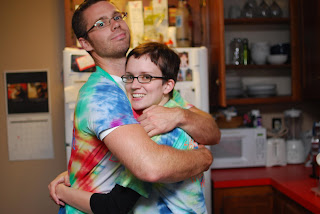 Along with the very romantic air conditioner I bought for Rob's birthday at his request, I bought him the 30 Rock original soundtrack and a mustachioed Octopal from this awesome shop.

But one of the best parts of the evening was when we took Rob's Army contract into the yard and burned the sucker to commemorate his freedom from the Army.  It was a good feeling.  This was also the point at which Rob informed me that his risk of getting called back into the Army had actually been far higher than I had realized, so needless to say I am pretty excited about this day finally coming.  Plus I'm pretty excited about how amazing the fire pictures came out. 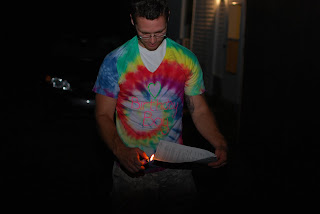 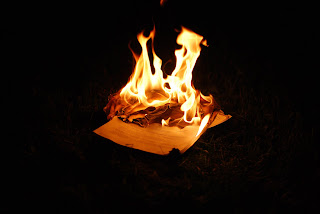 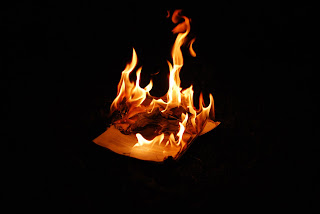 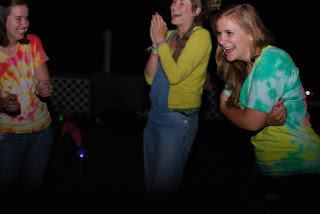 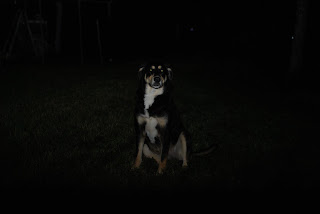 We had a really awesome time with everyone.  I did learn a valuable lesson, which is to not mix a downer (like vodka) with an upper (a 5-Hour Energy I took to stay awake).  I ended up getting really sick and sleeping for a total of about 3 hours the entire night because I was so wired.  Fail on my part.

Hope you enjoyed hearing about birthday week, and I hope you all had an amazing week and weekend!