I know I said in the previous post that THIS IS NOT A WEDDING BLOG and I intend to keep it that way. But I do have to vent about something that happened this weekend that does pertain to my wedding. So for those of you who detest wedding blogs (you know who you are) feel free to skip this post.

I spent the Fourth at my grandmother's, as is our family's tradition. My grandmother's house is also where I plan to get married. It's right on the ocean (you can literally see across to Canada) and it has a ton of meaning to my family (mostly because my father and his siblings, plus a few other people, actually built it in the 1970s for my grandparents). It's a gorgeous spot and I'm thrilled to spend one of the most important days of my life there. The question has been, where to have the reception. I'd love to have it at my grandmother's along with the wedding, but it might be too small and my grandmother is 93. I really don't want to stress her out with having to deal with 50-80 people in her home. 50-80 DRUNK people. There's a restaurant nearby, a chowder house, that is right on the wharf and is all wood on the inside. My cousin and aunt both had their receptions there. The "problem" with this chowder house is that it's a hot spot for all the hicks in the town so it has that reputation...but without the drunk hicks, it's a beautiful, informal place with a beautiful view and a full wharf leading out to the ocean.

I was hanging out with my cousin and his wife on the night of the Fourth and we found our way to this bar. I mentioned casually that I was considering having my reception there, a statement that was met with derisive laughter. They thought I was joking. My cousin said, "Yeah, THAT would be classy." I was too tired, cranky and shocked to say anything so I just smiled. I went on to say that our wedding will most likely be at my grandmother's, which was met with a similar reaction. His wife said, "Why don't you just go for a destination wedding?"

I thought this was absurdly rude, which wasn't overly surprising for the company I was in but still, a little shocking and frustratingly, enough to make me question my wedding plans. I really don't think that's something that should be done to a blushing soon-to-be bride such as myself. I don't want to have a destination wedding because I finally decided to include my family (as in they will witness the ceremony, which is a change from the initial plans) and I don't want to burden them with coming all the way down to the Caribbean for my selfish ass. Especially seeing as how my grandmother is, as previously mentioned, 93, and would never be able to attend. Rob's grandfather does not fly and would also not be able to attend. Many of our family members have jobs, kids, etc. and can't afford a flight to Jamaica/the DR/wherever. Even if I didn't fly my family down there, I'd still have to pay for our witnesses to come. I don't have that kind of money and will not for many years.

I just don't understand where people get off telling me how I should celebrate MY marriage.

And a fun picture to end, since Dash told me I should include more pictures: 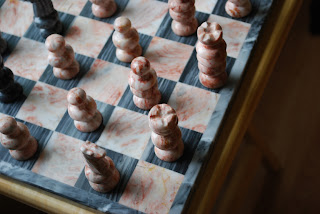