EDIT: Here is the address to my Flickr account...assuming you guys wanted to check out more pictures! :) http://www.flickr.com/photos/thebluevixen/

Yesterday was my 23rd birthday! It passed with relatively little excitement, as most birthdays do after the age of 21. Rob took me out to eat at this yummy Italian place near here, and we had delicious strawberry/white chocolate gelato with chocolate shavings.

As a birthday gift my mother paid for a $25 gift certificate to an organization called Kiva (http://www.kiva.org). Your money is given in the form of micro-loans to business owners in poorer countries; the money helps them establish or maintain their business and, when they are able, they pay your loan back. A really cool idea, I thought. I gave my $25 to a restaurant owner in Nigeria. When she pays it back I’ll loan it to someone else who needs it, and on and on. Kind of a neat gift idea, I thought.

We’ve started/are continuing the moving process very slowly. Rob got kind of annoyed with me last weekend because I started cleaning out closets and bringing over other stuff we don’t need immediately. My reasoning was that I might as well clear out all the little stuff (which, when you’re moving, is the most aggravating in my opinion) first so all we have left is the big furniture-type stuff when we’re getting down to the wire. Displaying great forethought—and, admittedly, some obsessive-compulsive tendencies—I already called both the electric and cable companies to inform them of our move (as of June 12th). We will actually get a cable guy at our new apartment ON June 12th, as opposed to waiting a week or two weeks without cable, as a reward for my anal-retentive attention to details. I also notified the post office to begin forwarding my mail as of June 12th. Can you tell I have a need to control unknown or unfamiliar situations?

In other mundane yet personally exciting news, the calla lilies that Rob and I planted this past April actually sprouted! We’d given up on them as a lost cause (since it’s been kind of chilly here lately and they are a tropical flower), but this morning, lo and behold, there was a tiny, inch-long green sprout coming out of the dirt. Needless to say I was thrilled. If we can actually grow our own calla lilies (though I have a feeling that the tiny inch-long sprout is just about the only thing we’ll get) it’ll mean free wedding flowers next July!

And some pictures from the new Nikon D-60! 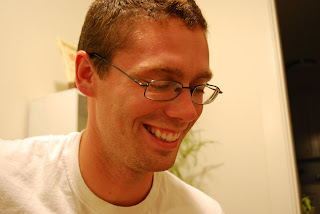 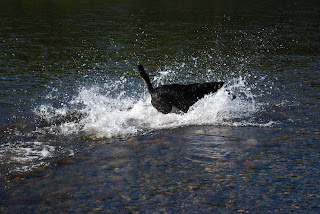 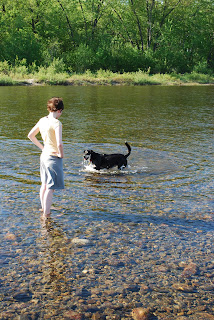